We are delighted to announce our support for a new charity Stichting Eck Roosen, based in Holland. The aim of this charity is to raise € 30,000 for the genetic analysis of young patients with pancreatic cancer (PAN-NGS).

On the day Eck Roosen, founder of the Eck Roosen Foundation, would have turned 54 years old, a group will climb the Mont Ventoux and raise money for the battle against pancreatic cancer.

In 2017, Eck came up with a plan to cycle up the Mont Ventoux in order to raise money for Climbing against MS. A fantastic cause for which he has raised a lot of money together with family and friends. When Eck became ill in 2018 and passed away a year later, we promised him that we would also go up that mountain and raise money for the research into pancreatic cancer.

On September 16, 2021, the time has finally come. We go up with cyclists and walkers and collect as much money as possible. The foundation is in close cooperation with the Support Casper Foundation: a small, but very enthusiastic team working on the realization of a dream: to stop the destructive power of pancreatic cancer.

If you would like to make a donation please visit 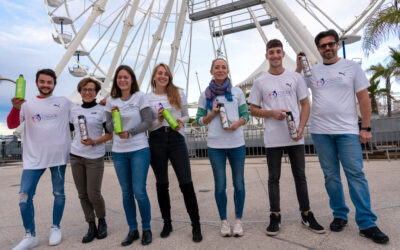 Supporting CSG06 through the marathon

On the 28th November the Marathon des Alpes Maritimes took place, gathering thousands of participants on a 42km route from Nice to Cannes.Octo Marine were pleased to support Shaun and Lesley from Yacht Shopping, running in support of CSG06, a local cancer support...

END_OF_DOCUMENT_TOKEN_TO_BE_REPLACED 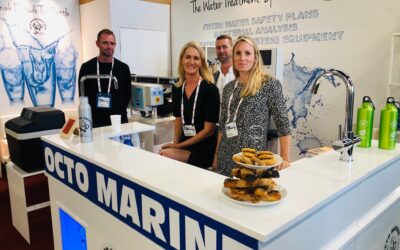 What's next in the calendar for Octo Marine ? Dates: 16 - 18 November We will be at METS - the Marine Equipment Trade Show in Amsterdam - where the global leisure marine industry comes together. Join us at STAND 07.346 in the SuperYacht Pavilion to view our latest...

END_OF_DOCUMENT_TOKEN_TO_BE_REPLACED 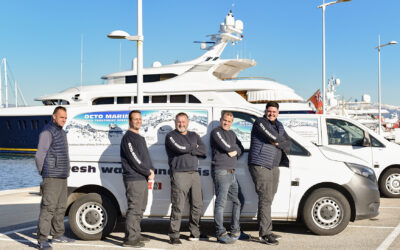 Since we gained our ISO 9001 et 14001 accreditation in 2019, client satisfaction and the quality of our work is of paramount importance to us. To continue to offer the same level to service to our clients we needed more people in the team! We are therefore...

END_OF_DOCUMENT_TOKEN_TO_BE_REPLACED
We use cookies to ensure that we give you the best experience on our website. If you continue to use this site we will assume that you are happy with it.OkPrivacy policy